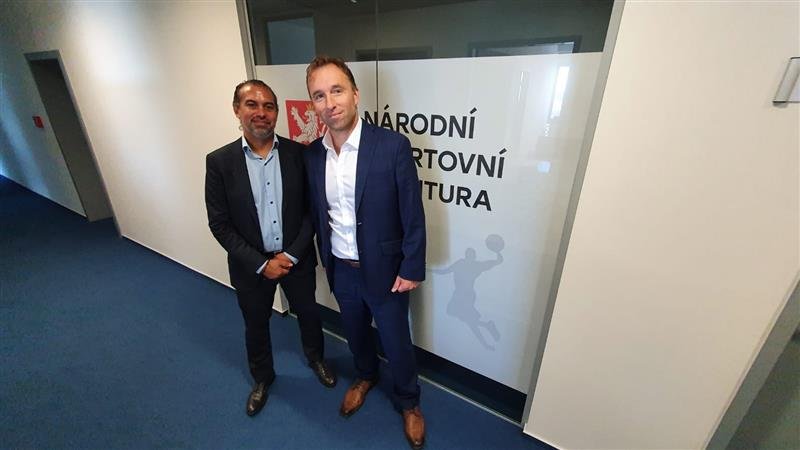 After the official announcement of the event on July 21st, GAMMA representatives continued their work to activate the organisation plan for the GAMMA Prague European Championships next summer.

President Alexander Engelhardt flew to Czech Republic and engaged with the most prominent local authorities and institutions, in the first of his three-day official visit to Prague, and the signs are extremely positive and encouraging.

Milan Hnilička, the chairman of the National Sports Agency (NSA) and one of the most prominent Czech sportsmen and former ice hockey goalkeeper, hosted a meeting with GAMMA President Alexander Engelhardt and Czech Association of Mixed Martial Arts (MMAA), Martin Škvára.

The meeting included talks on the GAMMA European Championships and the NSA’s patronage over the entire tournament.

NSA, MMAA and GAMMA share a mutual vision of creating a sustainable and inclusive event, granting maximum visibility for the athletes, and providing a unique platform to share common experiences among all the European Mixed Martial Arts movement in order to boost its growth in this region and creating a positive legacy.

With this common understanding in mind, we will be going full speed towards this direction!