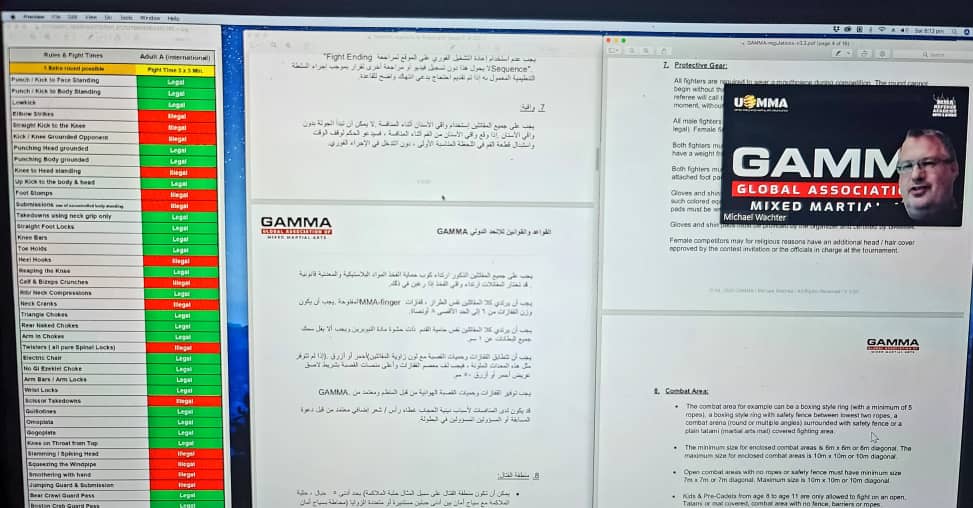 GAMMA Ramps Up Efforts On Developing Its Officiating Pathway

Though championships have been cancelled and access to gyms restricted as the COVID-19 Pandemic spread across the globe, we have seen the GAMMA family come together through an innovative initiative to keep mixed martial arts enthusiasts around the world active and connected.

Our Members and Regions showed resilience, strength, empowerment, and enthusiasm to keep their passion alive while they continued to stay at home as much as possible and save lives.

Following GAMMA Oceania’s online education initiative in April where 25 new licenses for new referees and judges were issued in the first continental certification for officials from Oceania, GAMMA concluded an Introduction to Mixed Martial Arts online workshop for over 300 registered participants last week.

In preparation for the GAMMA Prague European Championships next year, our Czech Member Federation will be conducting the first of its three international referee certification courses on 12 September 2020 together with Michael Wachter, Chairman of GAMMA’s referee committee. Esteemed Czech Referee, Jakub Muller, who has officiated with numerous international promotions such as the UFC, ACA, RCC, GMC, WFCA, SMMAC, SBC and IMMAF will be the co-instructor in this certification course.

Participants can expect hands-on learning, as well as theory-based lessons and a pass in this certification course, will grant them a licence to officiate in GAMMA events and competitions in their home countries.

Further information for the two-day certification course on 12 September in the Czech Republic can be found here.