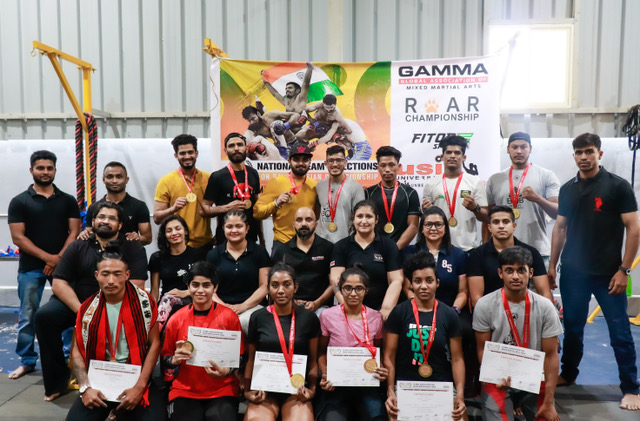 GAMMA India 1st National Championships Off To A Great Start

A total of 104 participants from all over India registered for the National Championship across 13 weight categories.

With COVID-19 safety protocols in place, it meant that all competitors and officials had to produce a negative RT-PCR report in order to complete their registration process. The National Championship was a closed-door event, with access given only to athletes, corner men and technical officials.

Additional requirements by the Venue and Local State Authorities made it mandatory for all participants, coaches, corners, and officials present to wear masks at all times. The bouts were in fixed time slots arranged by weight category, so as to limit the number of contestants within the venue at any given time and prevent overcrowding.

The event was live streamed on YouTube, covered via channel LockerRoom.in, a leading Combat Sports digital media house in the country.

Conforming to GAMMA’s spirit of athlete safety, transparency, and athlete-centric approach, many firsts were implemented for a National Championship in India. Competing athletes were required to weigh-in each morning of their bout to discourage severe weight cuts.

A transparent scoring system was implemented during the bout and scores for each round were displayed for all to see.

With athletes’ safety and recovery in mind, athletes who won two consecutive rounds out of three rounds in the preliminary and quarter-final bouts were automatically declared the winner, and can avoid the third round. 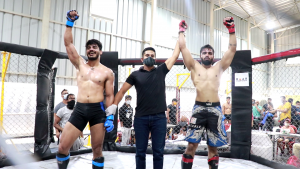 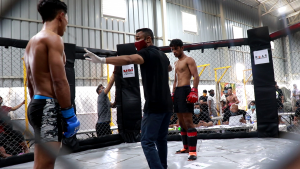 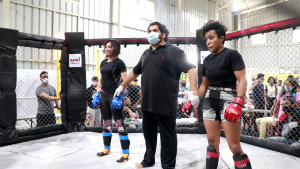 In the semi-finals and finals, held on 25th and 26th March, all athletes had to compete for three rounds in each bout.

The Final day was graced by the presence of our Guests-of Honour, Mr. Sujay Janardhan, an elite national athlete, and Mr. Hemanth Kumar, CEO ROAR Championship. Mr. Sujay Janardhan has several National and Asian Record lifts to his name. In a recently held World Powerlifting Championship, he ranked 4th overall in his category. Mr. Janardhan has actively been involved in managing Strength and Conditioning Training for Combat Sports athletes from across India, and at the tournament, he shared his experience and provided some valuable inputs to these up-and-coming athletes.

In addition to providing GAMMA India with a venue and providing support in running this event for three days, Mr. Hemanth Kumar, CEO of ROAR Championships was also on the look out for talents. There were also talent scouts from various national promotions in the audience. 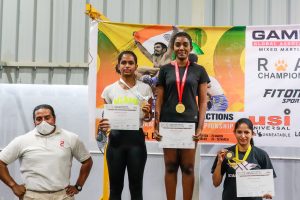 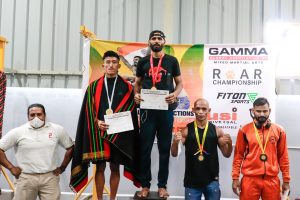